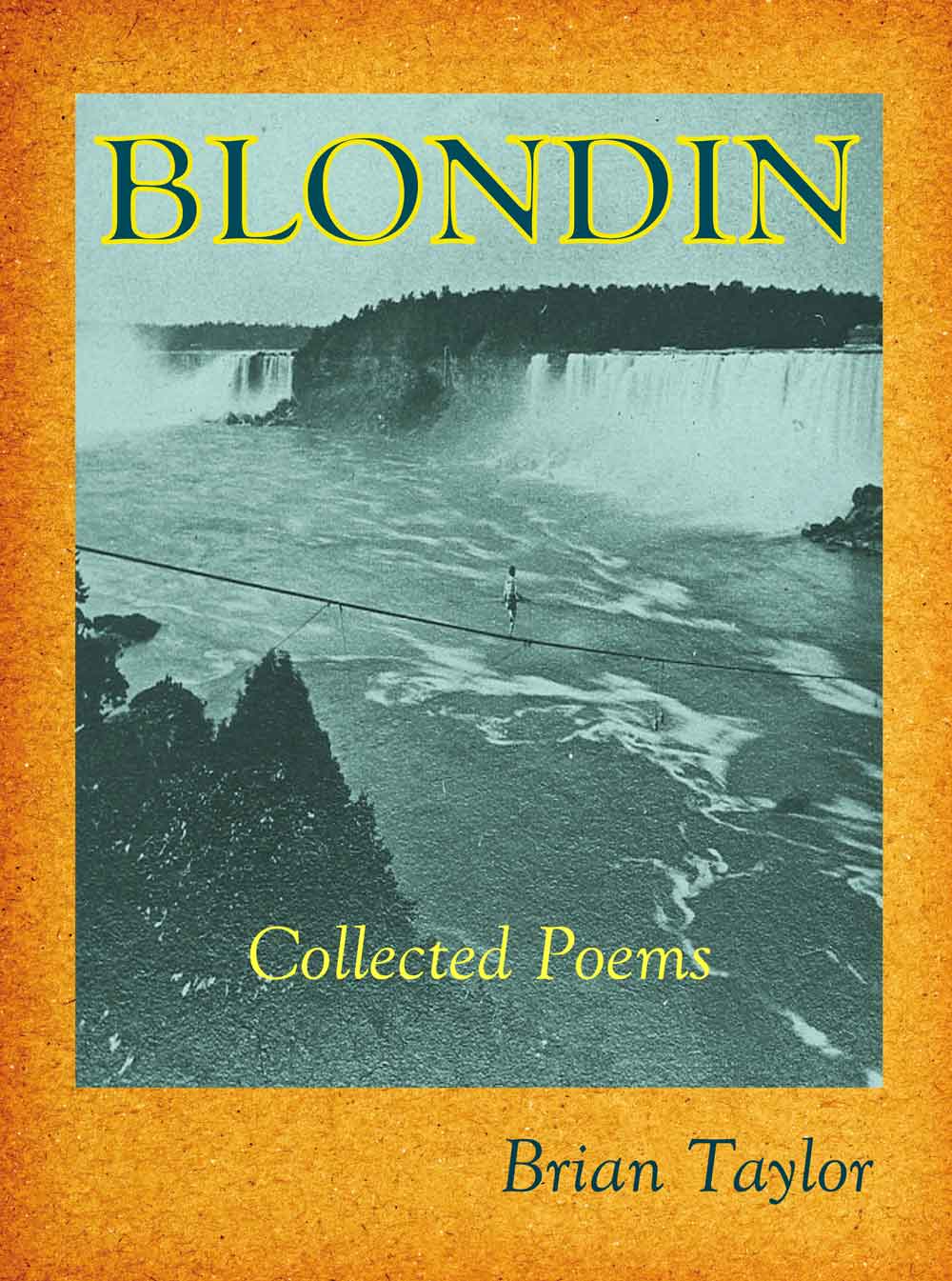 Blondin opens with an image of a man crossing Niagara on a tightrope – symbolising Everyman’s precarious journey through Life from birth to death.

Blondin above Niagara,
the rope begins to sway.
The rocks below are grinning.
Every step is Judgement Day.

And the opening poem is short and enigmatic:

“The Sun shines
in a bucket of water
and doesn’t
get
wet.”

The book is made up of three collections of poems which all shine an impersonal seeing on the mundane to the extraordinary, the humour and tragedy, the light and the dark of Everyman’s life. The subject matter ranges from Oxford with its colleges, rivers and ghosts to the Far East with its monks and Buddhism.

Each poem in its own way is a pleasure to read, brightens the mind and has a wise point. No words are wasted. Each poem is different, yet all home in on the transiency of things and seeing the world from the same centre as the Poet at the time the poems were written.  Humour and catastrophe side by side, good and evil, rich and poor, the beautiful and the ugly, the livingness of the present moment and the deadness of clinging to the past or a future.

Poetry begins with pain
(like any other kind of birth)
but though it breeds and feeds on earth,
it aims at not becoming back again
and reaches to the root of things
in search of the eternal springs.

Though Blondin ends with the same short enigmatic poem as at the beginning there is now emphasis on the something unchangeable that has been underlying all the poems. Above the poem, a grim cartoon of the moment before death – combined – they can elicit a flash of the Deathless!

“The Sun (still) shines
in a bucket of water
and doesn’t
get
wet.”

The insight in the Blondin poems of Everyman’s one step after another (one breath after the other) across the tightrope of Life – is into the Unconditioned State.  Everywhere is the contrast between the teeming multiplicity of life and the utter freedom of the Unconditioned State that runs like a crack through the Universe.

Brian Taylor’s collection of poems in Blondin is a rare work of Art and Insight. The poems entertain and sharpen awareness but also serve as a good friend and wise companion on the journey of life to Everyman. Each poem is as fresh to read again and there is joy in awakening to the Truth that the poems point to.