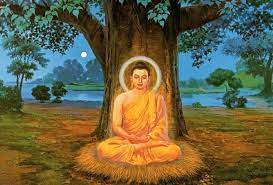 Visakha is the name for the sixth lunar month. On the full moon of that month, the Buddha was born, became enlightened and passed away into Parinibbana (died). Puja means paying respects. The anniversary of this day every year is celebrated throughout the Buddhist world.

There are supposed to be more Buddhists in the world than any other religion. There are Buddhists in China, Japan, Burma, Ceylon, Thailand, Vietnam, Tibet, Indonesia, Russia and growing numbers in the democratic countries of Germany, France, Britain, U.S.A., Australia. There are even Buddhists in Greece.

The only places where Buddhists are not found are in Islamic countries.

This Buddhism that ripples through the world today began over two thousand years ago, as a result of a single event – the enlightenment of a human being in a particular place, under a Bo tree in Bodhi Gaya, Northern India.

It would be difficult for a Buddha to find a suitable place for the attainment of enlightenment and the teaching of it in the world today. But over two thousand years ago, in that particular part of the world, civilisation had reached a favourable level. There were many mendicants and ascetics who had left the world in search of Truth.

The Buddha came from a good family. This is a great help for all those who respond to and practise the Dhamma. It means that one is physically fit, sufficiently intelligent, with good morality and reasonable health.

The Buddha experienced, as a young man and heir to a small kingdom, what all young people experience momentarily at a certain point in their lives. Discontent. Even with wealth, education, status and family – with the best that life could offer, the Buddha was not content.

He felt there had to be a higher truth than a life of sensual enjoyment that at any time could end with death, or be interrupted by sickness and old age. He looked around and saw only unsatisfactoriness in life. He also saw an ascetic who had renounced the world to find a higher truth.

In our country today, it is not easy to see an ascetic. The few monks that are around are shut up in monasteries. It is difficult for young people today, who have experienced this crisis of viewpoint, to see examples of others who have had the same doubts – and chosen another path.

The Buddha practiced asceticism for several years but did not find enlightenment, even though he was recognised as having attained all that it was possible to attain, by the methods of the time. He found that the body only became weak and ill and close to Death. He decided to take the middle way of moderation in eating and concentrate on control of mind instead of body.

He remembered some mental states he had attained as a young boy and wondered if they were the way to enlightenment.

On the Full Moon Day of May, he sat down under a Bo tree to work with Mind. He was able to control the mind by entering states called jhānas. These sharpened and brightened the mind so that he could use his mind to investigate truth.

He saw that everything had the three signs of impermanence, unsatisfactoriness and non-self.

From this clear seeing, the Four Noble Truths were seen. If one grasps after any phenomenon, one is viewing it as permanent, worth grasping so therefore satisfactory, and as having something to do with I-Me-Mine. This is a wrong view of reality.

Because of this grasping one suffers.

If there is no grasping, there is no follow-on suffering. This is the Third Noble Truth – the cessation of suffering, Nibbāna.

The Buddha could have stopped there. This is where Pacceka Buddhas stop and probably most Arahats. But what he did was to create the way, a Path leading to this realisation of the cessation of suffering, or Nibbāna, for all beings – the Fourth Noble Truth.

This Noble Eightfold Path, as it is called, is comprehensive and covers all aspects of living for a human being, whether layman or monk. It is guaranteed that anyone who follows this Path diligently, without deviation, will reach the realisation of Nibbāna, just like the Buddha.

Thus, one knows clearly for oneself that the end of rebirth has come about. One ‘dies’, while still alive, to the mental activity that fuels a new rebirth as anything!

This is the end of suffering.

It is mind liberated from Death, Old Age, Sickness and Birth.

It is a state of Eternal Peace and Happiness.
.

The Sun shines
in a bucket of water
and doesn’t
get
wet.
. 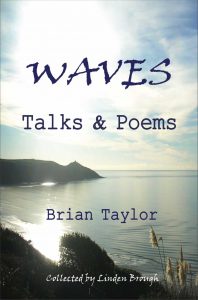